BiH as Multi-National State: Are Constituent Peoples Really the Crux of the Matter ?

In paraphrasing the saying of Bill Clinton´s election campaign, almost everybody seems to agree with the verdict: ‘It´s the constitution, stupid!’ in order to explain why Bosnia and Herzegovina is a politically dysfunctional state after 25 years of implementation of the Dayton Peace Agreement (DPA). Also many lawyers and politicians, not only in BiH, will tell you that the DPA is a ‘unique’ and/or ‘complex’ constitutional system and that this is the reason why it cannot work for the common good of the people. However, there are several ethnically divided countries also among the member states of the European Union, such as Belgium or Italy with, for instance, the Autonomy Statute of South Tyrol, whose constitutionally entrenched institutions and mechanisms involve ethnic keys for the representation and participation of ethnic groups in decision-making processes.

Thus, the entire Dayton constitutional system is neither more unique nor more complex than several other constitutions of divided societies in Europe and beyond. And it is not the constitutional system as such, but BiH is an ethnocratic political system which is captured by ethno-nationalist parties. These parties form a cartel of power governing BiH not through power-sharing based on inter-ethnic compromise and cooperation, but through a ‘negative’ elite consensus according to the motto ‘divide and rule.’

The permanent election campaigns at the various territorial levels (state, Entity, cantons, municipalities) allowed the party leaders of the mono-ethnic parties, claiming to represent the constituent peoples, that is, Bosniaks, Croats and Serbs, to mobilize the electorate along ethnic lines and to present themselves as staunch defenders of so-called ‘vital national interests’ against foreign impositions by the so-called international community. Paradoxically thus, they are constantly ‘democratically’ legitimized by election results which do not require them to seek compromises in legislative and administrative decision-making processes. Quite contrary, ethno-nationalist maximalist claims are constantly rewarded by voters as well as the European institutions. This could be seen, for instance, from the example of the failed, that is, rejected police reform in 2007 despite the fact that this had been made a condition for further European integration. Nevertheless, the Stabilization and Association Agreement with the EU was signed.

Thus, the ethno-nationalist parties are profiting to this day from the misuse of the institutional set up based on ethnically conceived territorial delimitations and the ethno-national institutional homogenization of state institutions. This goes hand in hand with the capture of all state institutions for the personal profit of their party affiliates without any effective judicial protection against corruption (even within the judiciary) as well as the permanent violation of human rights, not the least by the non-implementation of a series of judgments of the European Court of Human Rights beginning with the famous case Seijdić and Finci v. Bosnia and Herzegovina in 2009.

In combination with the ethnically segregated media and public educational systems (the still existing ‘2 schools under one roof’) this leads, in conclusion, to the permanent re-enforcement of the already, between 1992 and 1995 through military aggression and mass atrocities established, ethno-national division of society against all European standards of human and minority rights protection ! Thus, as long as it can control the ethnic division of society, the cartel of power, based on its negative consensus to divide and rule, has no legal-institutional incentives for inter-ethnic competition, let alone cooperation.

But is there no way out of this politico-juridical dilemma? What alternatives are there ?

These days there are many proposals, in particular in the Anglo-Saxon world, to simply replace the Dayton ‘constitution’ through a liberal, ‘civic’ constitution - whatever this specifically means in terms of institutions and legal instruments – so that, over night, BiH might become a politically stable, economically prosperous and culturally integrated state and society. It is certainly true that the existing ethno-nationalist institutional mechanisms in Annex 4, that is, the exclusivist ethnic keys for constituent peoples for the Presidency and the House of Peoples, but also the absolute veto power established by the so-called ‘Entity-veto’, are responsible for the dysfunctionality of the legislative and executive powers at state level.

But, at the same time, how shall a strictly civic-liberal constitution, based on allegedly ethnically ‘neutral’ institutions, the majority principle and individual human rights and formal anti-discrimination law, provide the (vertical) trust vis-à-vis institutions and (horizontal) solidarity among people (singular!) necessary for democratic compromise and thus the relaunch of a functioning state based on rule of law? Vague proposals for civic-liberal systems of law and society do not take into account the lessons to be learned from Northern Ireland, Belgium, or Cyprus to enumerate just a few European examples, but remain also trapped in the dichotomical thinking of the ideology of nationalism itself, when identifying civic-national, republican thinking with a ‘Western, rational, liberal’ model against an ‘Oriental, irrational, despotic’ mode of governance, in short, ‘good’ versus ‘bad’ governance. Moreover, simply ‘mixing’ these constitutional models will only lead to a new ‘hybrid’ constitutional set up with unforeseeable, because unintended consequences.

Bosnia and Herzegivna therefore needs a carefully elaborated political and legal strategy for the de-ethnification of institutions of state and society which does no longer see societal reconciliation through social integration and powersharing as mutually exclusive approaches. This must go hand in hand with renewed factual efforts for reconciliation, as a vantage point based on a program of de-segregation of the entire educational system and the media. Taking into account the resistance of the established cartel of power of the ethno-nationalist parties against such a program of de-ethnification, how will it be possible to get from point A, the status quo under the ruling cartel of power, to point B, a functioning, liberal-consociational democracy based on rule of law?

There is, of course, a bunch of scholarly literature from comparative constitutional law and the sociology of ethnic conflict management to draw inspiration for the proposed political strategy. Such a political strategy cannot, however, be elaborated behind closed doors, but needs a broad public and inclusive debate for political and constitutional reform to put the ethno-nationalist parties under pressure from all sides:

• from below – civil society initiatives including peaceful protest measures;

• from the side – by those multicultural and civic parties whose program is to overcome the strict ethno-national division of society – by requiring to establish a constitutional commission in- and/or outside parliament with representatives from all angles of society. Insofar, the Republic of Ireland´s Constitutional Convention between 2012 and 2014 could serve as a model: It had 100 members: a chairman, 29 members of parliament, 4 representatives of Northern Ireland political parties, and 66 randomly selected citizens of Ireland;

• finally, from above - The European Union must make clear to Bosnian political elites and to itself that it should no longer make the kotow before the ethno-nationalist party leaders as they did with police reform in 2007 or the constitutional reform negotiations in Butmir in 2009, etc. And that the bilateral business-as-usual approach with candidate countries in the accession negotiations under the slogan ‘take it, or leave it’, taken over from the Eastern Enlargement process, does not work with the left-overs in the so-called Western Balkans. Quite contrary, substantial progress in the European integration process needs an integrated regional approach with the clear message that the EU is not another new/old Yugoslavia decreeing identities, rules and policies, again centrally steered by  a ‘cartel of power’ from above as this was and is also the case in one-party systems. Quite contrary, the promise of EU membership must make visible and credible that all her citizens, societies and member states can effectively participate in all her formal and informal decision-making processes on the basis of individual and group equality, thereby respecting, protecting, and fostering cultural diversity. 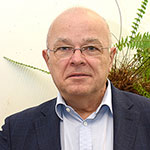 Supporting the integration of the Western Balkans in the European Union and contributing to the consolidation of democracy in the region.